Symbols in the documentation

The following symbols are used in this document:


Symbols in the illustrations 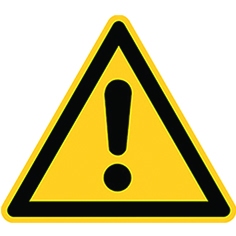 The product described is an application-specific system for testing fasteners. It consists of a mechanical screw jack passing through a hydraulic load cell which directly measures the load applied to the fastener and shows this read-out on the pressure gage.

There is a range of HAT 28 kits. These kits have been specially assembled for testing most small and medium-size fasteners.

Pull-out tester, operating instructions
Other system products approved for use with this product can be found at your local Hilti Store or at: www.hilti.group

The commonly used test procedure is described below

Use of the spacer

The spacer is used with the button adapters (threaded (A) or slotted (B) ) or for direct testing (without button adapter) of fasteners with a diameter of 16 mm. It consists of a cylindrical section and an M12 threaded rod to which an M12 adapter is mounted. The cylindrical section has a slot into which the adapter for the fastener to be tested fits.
One of the load distribution bridges is required for every test using the spacer.
In exceptional cases (e.g. fasteners on steel (X-CRM)), the adapters (M4, M5, M6, M8, M10, M12) can also be used without the spacer for testing.
Under these circumstances, the procedure is the same as that described in the section below for testing with adapters (M12, M16, M20).
Invariably, however, the desired results can be obtained only if the fastener was set correctly prior to installation of the adapter.

As a rule, an M16 nut or bolt head fits directly into the loading claw foot without the need for a threaded button adapter. In exceptional cases (e. g. X-CRM fastener on steel), the tester can be used with the M4, M5, M6, M8, M10 or M12 threaded adapters without spacer or load distribution bridge. Remove the tester from the bridge by removing the 3 mm screws that secure the tester to the bridge. Screw the adapter on to the projecting thread of the fastener and slip the loading claw foot of the tester underneath the flange of the threaded button adapter
If the projecting threaded length is long enough, the fastener can be tested without removal of the fastened item. In this case, however, the load possibly applied to the fastener by the fastened item has to be taken into account (e.g. deadweight), because it acts on the fastener in addition to the load applied by the pull-out tester and increases the probability of fastener failure under test.
When installing the adapter, make sure that a full-surface connection is established between adapter and threaded head.

For testing fasteners that require a connection to be made to the bolt or anchor head.

Fasteners achieve the desired / required load values only if specified tightening torques, if applicable, were complied with on installation. The 6 slotted button adapters are suitable for testing fasteners in the 4 to 12 mm diameter range.
These adapters are fitted under the head of the bolt or anchor in place of the item usually fastened. They can also be used to test sleeve anchors. In the latter case, however, after being set correctly the anchor has to be backed off slightly to accommodate the adapter. After being correctly retightened with the adapter in position, the anchor can be tested.
This method is not recommended, however, because slackening the anchor can reduce its load value.

Make sure that the adapter is not damaged by being pressed against an uneven surface. We recommend inserting a large washer or a steel plate between the adapter and the surface.

The adapters for M5 and M6 are primarily for testing wall ties.
On account of their special shape, the M5 to M10 adapters can be used without the button adapter


Use of the adapter for X-IE

Use of the scaffold ringbolt adapter

Care Maintenance
To help ensure safe and reliable operation, use only genuine Hilti spare parts and consumables. Spare parts, consumables and accessories approved by Hilti for use with the product can be found at your local Hilti Center or online at: www.hilti.com 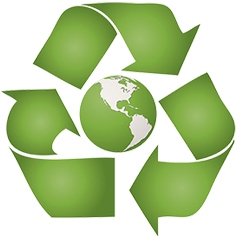 For more information on operation, technology, environment and recycling, follow this link: qr.hilti.com/manual?id=2320131
This link is also to be found at the end of the documentation, in the form of a QR code.